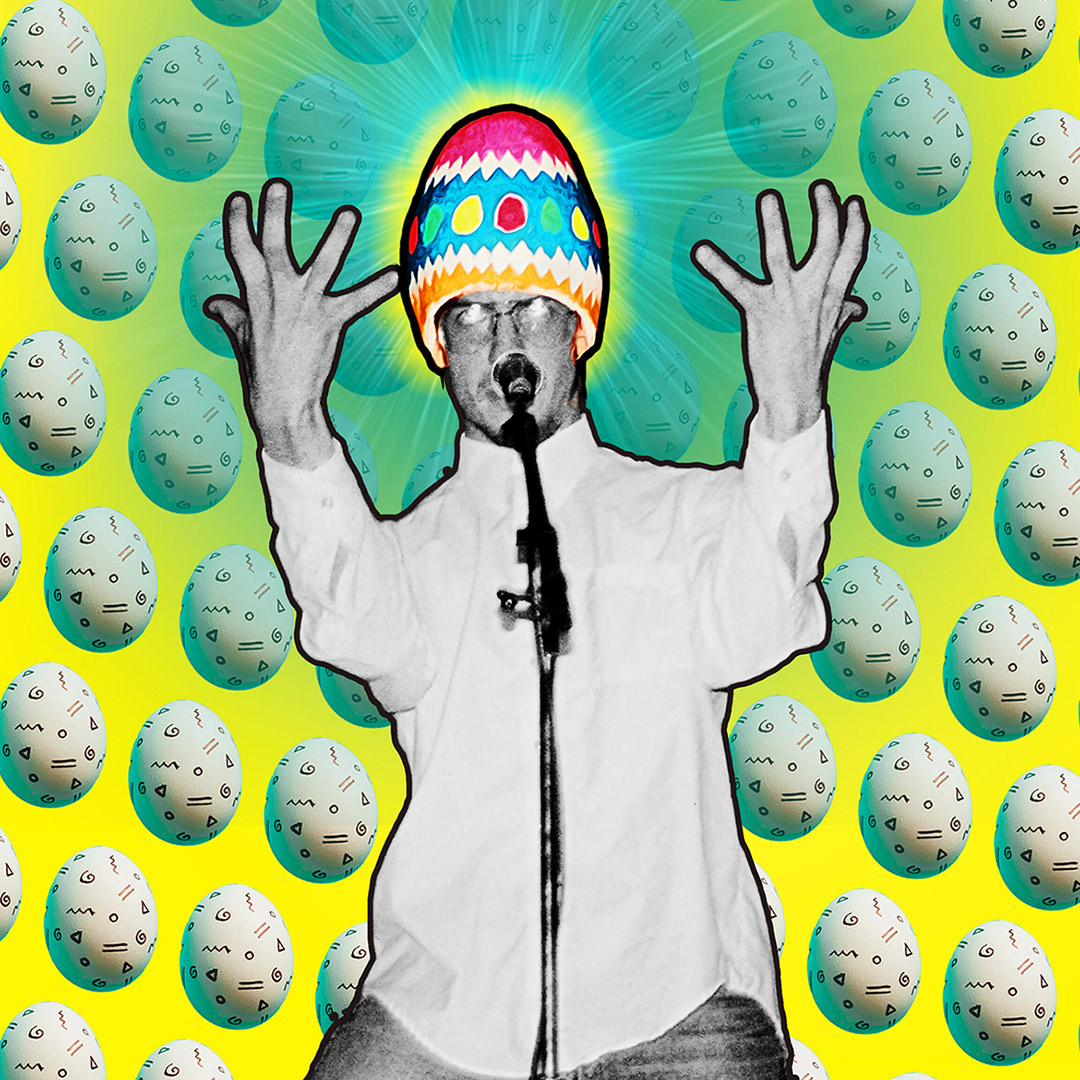 DREXEL HILL, PA: BAG, the zany, vaudevillian rock group from the 80’s, will release their demented holiday song, Easter Day, on Friday April 10, 2020. It’s a live recording from their 1990 performance at the legendary club, CBGB, in New York City.

Lead singer and performer Marc A. Gallo, along with members Patrick Callen on bass and Scott Grande on drums and percussion, tells the tale of the harrowing discovery as a child that the myth of the elusive Easter egg was just that, a myth. 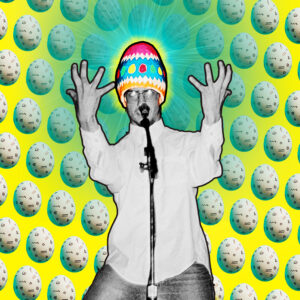 Easter Day is perhaps one of BAG’s most iconic songs and performances. Gallo, wearing an elaborate Easter egg helmet, theatrically immerses himself in this satirical tale as if it happened yesterday. The dramatic yet sad scene of him confronting his Mother about this myth is particularly comical.

Gallo confides, “Look, as a young boy, abandoning the quest for the elusive Easter egg was quite devastating, especially when my Mother told me to stop. And as you can see, I’m still not over it.”

BAG, founded in Philadelphia, PA in 1985, incorporated costumes, props, video and satire into their live musical performances. They performed at popular venues like The Painted Bride and Chestnut Cabaret in Philadelphia, plus CBGB and Kenny’s Castaway in New York City. The Philly Inquirer featured BAG numerous times during the 1980s.

In 1989, BAG produced their EP titled “Happy Family”, published by Great Egg Music. It featured an eight-piece band including a horn section. It’s available at Bandcamp.

BAG can be heard on Spotify, Apple Music and other music streaming services. Easter Day (Live) was mastered in January 2020 and will be available for purchase on iTunes/Apple Music, effective Friday April 10, 2020.