Easter Day by BAG – The History 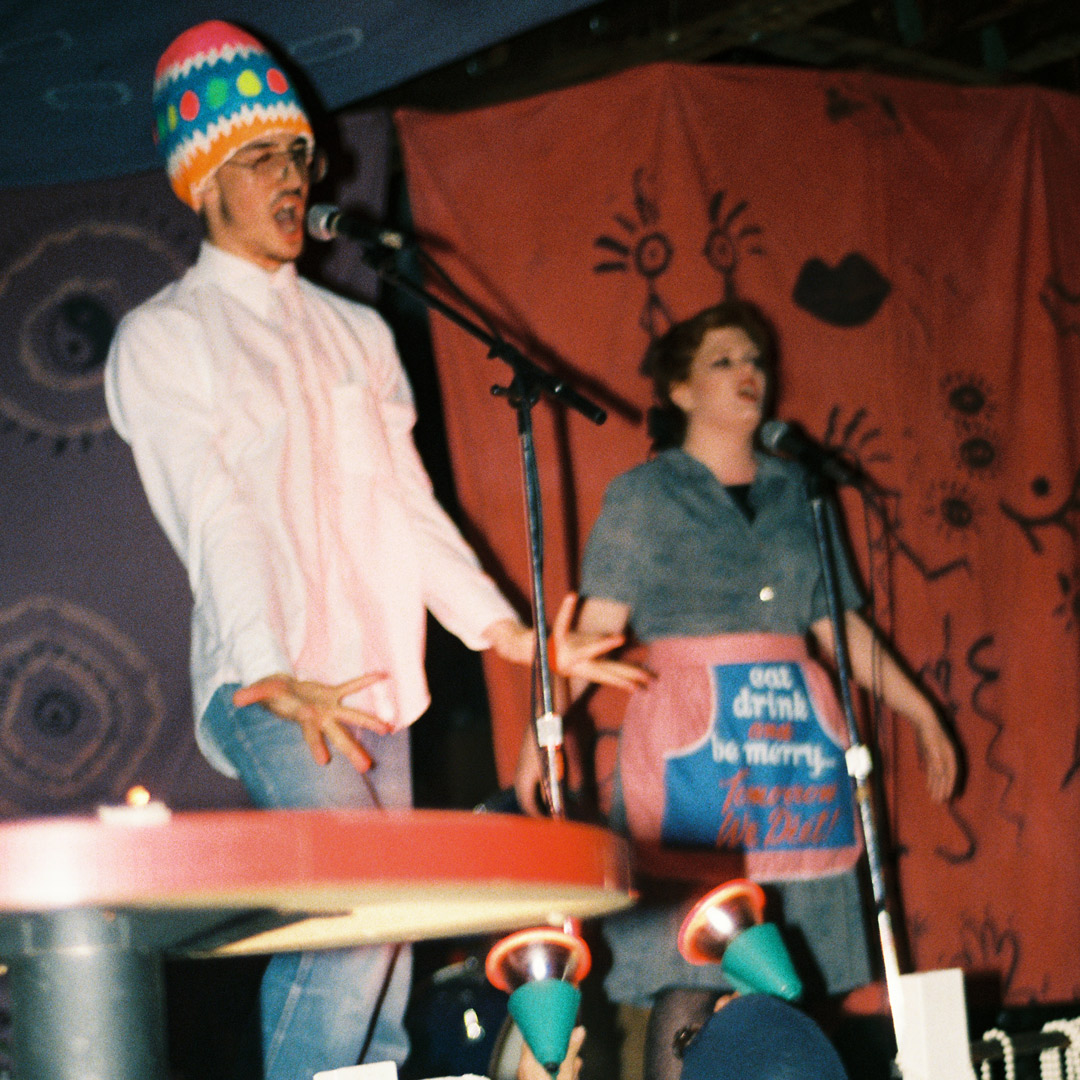 The Story Of Easter Day

Easter Day, the most iconic song from BAG, is an ironic and funny tale of a man’s harrowing recollection that the myth of the Easter egg is just that, a myth. Written by Marc A. Gallo, discover who dispelled the myth and, ultimately, denied his quest for the elusive Easter egg.

Gallo confides, “Look, as a young boy, abandoning the quest for the elusive Easter egg was quite devastating, especially when my Mother told me to stop. And as you can see, I’m still not over it.” 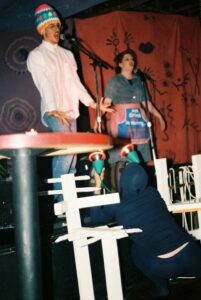 The story starts with Gallo celebrating “a wonderful day” which reminds him of a special day like Easter Day. He pays profound gratitude to his Mother, but with a touch of sarcasm.

He reflects on an Easter holiday when he was a child and passionately pleads to his Mother that he wants an Easter egg. She dispassionately says that Easter only comes once a year but assures him not to give up hope. The elusive Easter egg will soon be yours.

One of his older brothers, who all enjoyed the ritual of sibling rivalry from time to time, disclosed to the dismay of his little brother that “there’s no such thing as an Easter egg.”

With much despair, little Gallo ran to his Mother to seek reassurance that what he heard was in fact not true. With his sense of pride in great jeopardy, she flatly states that it is true. At this decisive moment, he realizes he’ll never have an Easter egg.

Nevertheless, little Gallo gathers himself in the face of this misfortune and carries on with his Easter egg helmet held high!

Lyrics can be found at the end of this article.

The History Of The Song, Easter Day

Easter Day was one of the first songs written when BAG started in 1985. Originally, it was composed and performed on a Roland Juno-101 keyboard along with a Yamaha drum machine. They were synchronized with a Commodore 64 computer triggered with a sync track from a Tascam 4-track cassette recorder. Callen played bass and Gallo sang to complete the performance.

Since then, there have been many versions of this song. These included a full band with guitars, keyboards, female vocalist and horn section. Regardless of the version, Gallo always wore his iconic egg helmet when it was performed live. Audiences marveled at the theatrical presentation of Easter Day, making it one of BAG’s most memorable songs.

The 1990 live version, at CBGB in NYC, included Gallo on vocals, Callen on 5-string bass and Grande on drums and percussion. It was the last song of their set. They typically either opened their sets with Easter Day or ended them with this song. From years of performing live, it always seemed to make a lasting impression.

As Gallo recalls, “After our set at CBGB, I approached the house engineer who recorded it. As he handed me the tape he said, “You guys are fucking nuts!” I replied, “I’ll take that as a compliment.” He continued, “Seriously man, you guys should be playing at the top of the bill!” I thanked him for his generous assessment and then went to breakdown our equipment for the next band.”

The Creation Of The Easter Egg Helmet & Egg “Potato”

In 1986, Gallo decided to add theatrical elements to his live performances. He wanted something memorable, particularly for the song, Easter Day. So he set out to create two props. The first would be a large egg to hang from a lighting truss on stage for their shows. The other would be an Easter egg helmet. Both would be colorfully painted consistent with the Easter holiday. 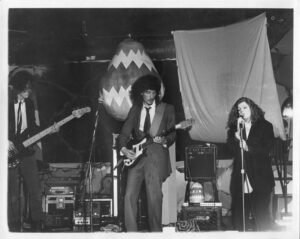 BAG Live at the Kennel Club featuring the Egg “Potato”

Gallo enlisted the help of Keith Cannon aka Eagle, a fellow BAG performer. In preparing to create the coveted Easter egg helmet, we purchased a bandana and casting tape from a medical supplies store. In Gallo’s apartment, they placed the bandana on Gallo’s head and Eagle meticulously built up the helmet one casting strip of tape at a time. After awhile, they achieved the desired slope and look but struggled getting it off his head because Eagle applied the casting tape too tightly.

The next phase was painting. After applying a white primer, we purchased very colorful paints at an arts and crafts store and proceeded to design an Easter egg pattern. Gallo wanted the pattern to convey a cracked egg and the edges of the cracks to point at each other to deny a perfect fit. Around the circumference of the helmet, bright and colorful eggs would surround the damaged Easter egg.

The colored large egg, but shaped like a potato, required wire mesh as well as lots of casting tape. After molding the wire mesh into the form of an egg which actually looked like a potato, they laboriously applied the strips of casting tape until finished. A heavy-duty hook was attached to the top of the wire mesh so it could be hung at our shows. They colored with the same pattern as the Easter egg helmet.

Later, they created a second helmet because of the excessive wear and tear the original one endured from all their shows. Today, both helmets are still in existence and retained by Gallo but the beloved egg potato has tragically perished.

The mastered live version of Easter Day, performed at CBGB in NYC, will be released by Great Egg Music on Friday April 10, 2020. It’ll be available on most music streaming platforms like Spotify and Apple Music.

By Marc A. Gallo

It’s a wonderful day!
Just like Easter, hey baby, Easter Day!
I have this great, great, great image of myself…
Oh, thanks to Mother!

She said, “Easter only comes once a year
And you’ll get your egg.”
I just want to be happy, happy, happy…
Easter Day, it’s a wonderful day!

My brother, he told me there’s no such thing as an Easter egg.
And then made fun of my great, great image of myself.