The Sonic Metamorphosis Of Persian Butterfly 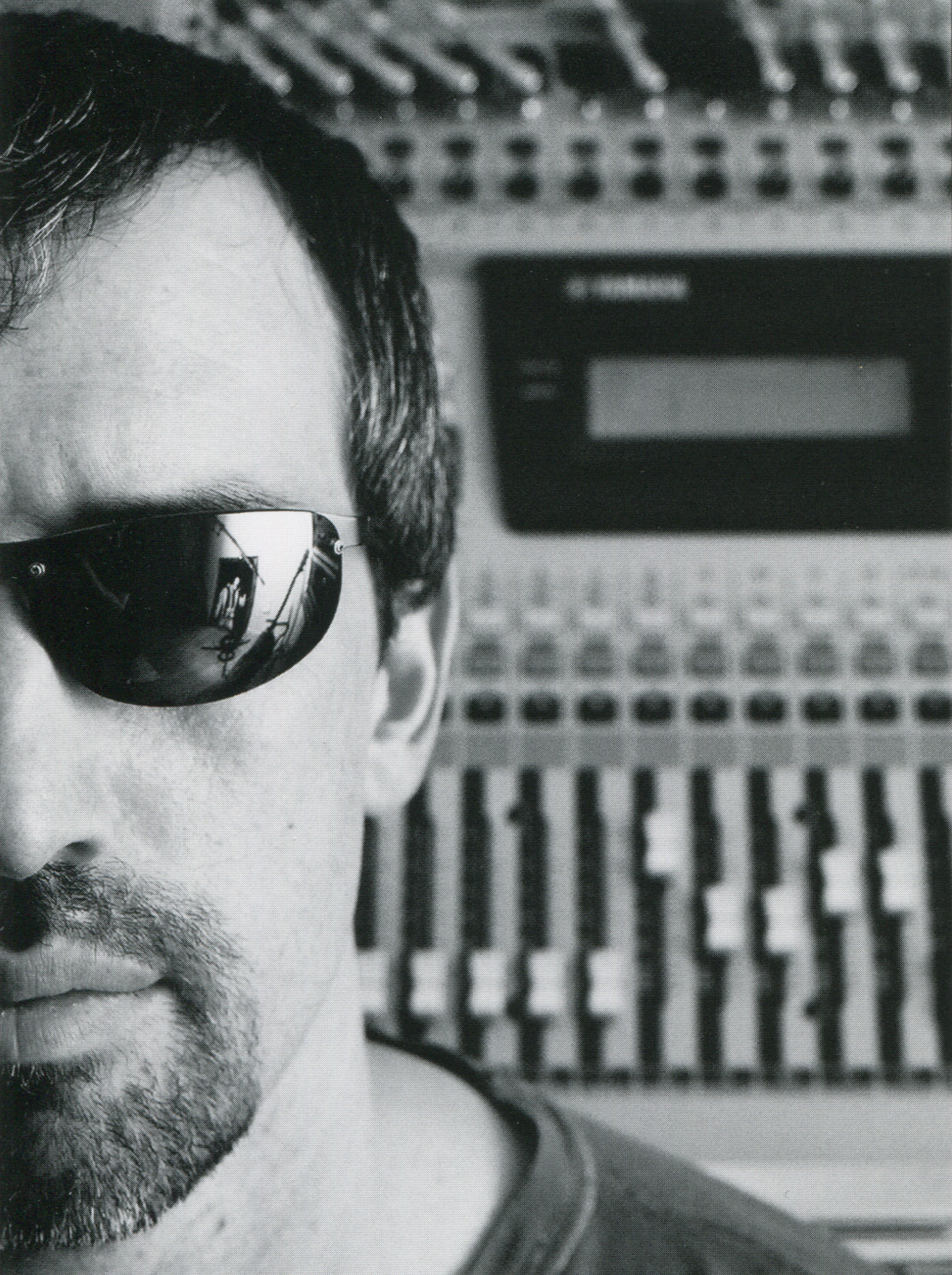 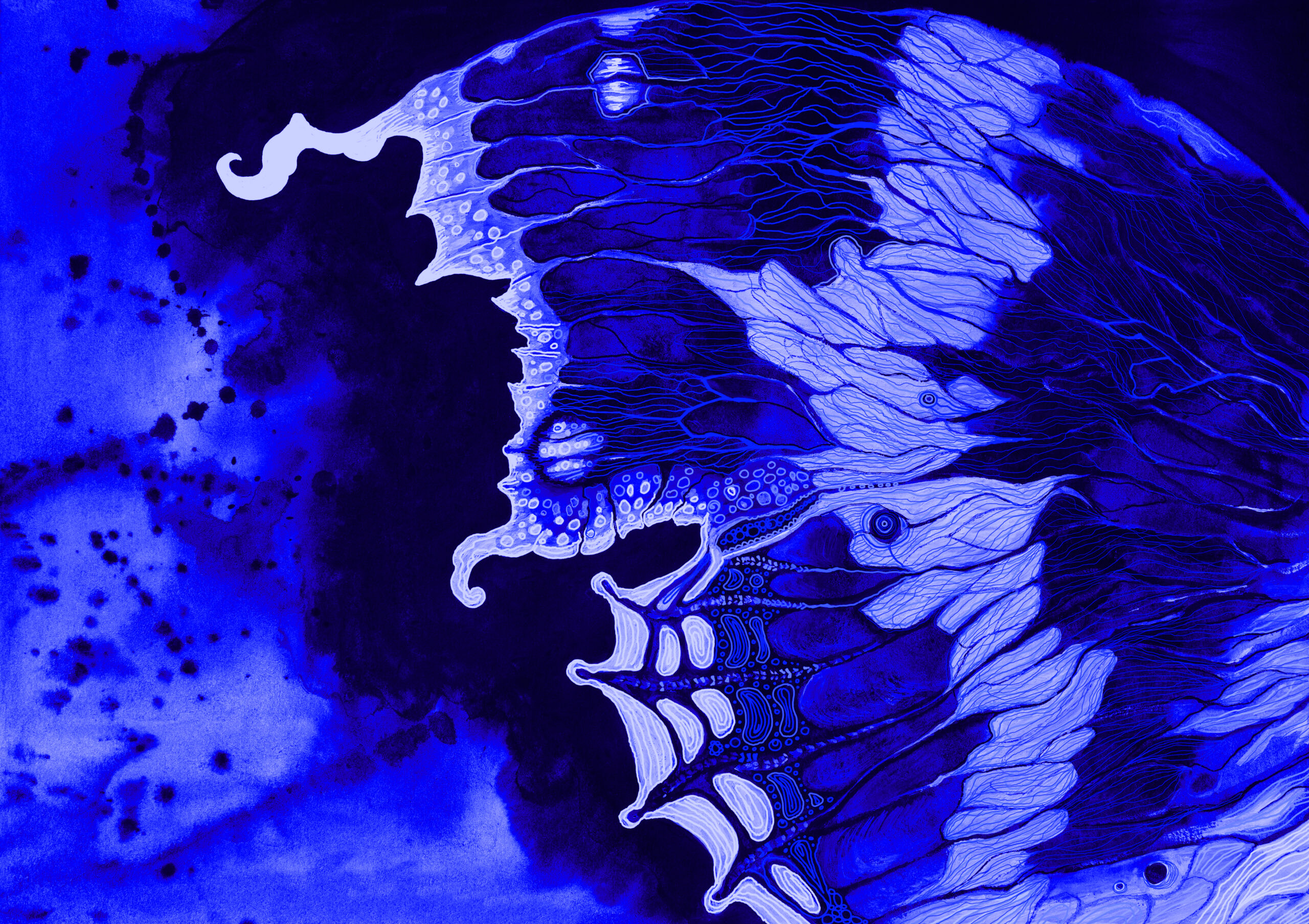 Some musical works stand the test of time. The music and energy draw your attention, heightening your appreciation of the performance, regardless of the technology. Alon’s EP, Persian Butterfly, meets this test.

Originally conceived and released in the early 2000s, Alon wanted to enhance the sonic potential of his acoustic guitars. Integrating delays, filters and harmonizers, he created three unique works that transformed his performances into an otherworldly, guitar choir.

Recently, Alon remastered these works to enhance the sonic detail and richness of the original recordings. From Persian Butterfly with its chorus of 12-string acoustic guitars to Forevermore’s meditative 6-string melody filtered, harmonized and delayed, his new EP elevates the original works creating an even more awe-inspiring musical experience.

It Started With A Melody On My Guild Guitar

“I had composed this nice arpeggio on my Guild 12-string which became the opening for Persian Butterfly. I love my Guild! It’s the first guitar I bought when I was 14. She has a real deep, red color and sound to match. It’s funny looking back now because I didn’t even know how to play at the time. No guitar lessons; I just played”, Alon reflects.

“Typically when I have a 12-string melody, I will sometimes tune the higher strings to a perfect 4th or 5th above the fundamental to give my guitar a multi-timbral sound. But, for Persian Butterfly, I had a different idea in mind.”

Years ago, Eno had produced a series of ambient records in the late 70’s where one in particular caught his attention, Ambient 3 Day Of Radiance, with the musician Laaraji. This record sonically explored layering effects to make Laaraji’s dulcimer sound like other instruments. When Alon heard this album, he was in awe!

In preparing the tracks for this EP, Alon decided to take a similar approach as he found in Eno and Laaraji’s Ambient 3 project. Specifically, he recorded a series of acoustic compositions and then morphed them with effects into a completely new sonic experience. As a result, we have the Persian Butterfly.

Where Personal Transformation Is A Model
For Our Political Rebirth

Now, let’s momentarily digress to reveal some personal experiences in Alon’s life which inspired the music as well as the remastered EP.

“In 2000, I had departed the studio project no1uno where its first release delved deeply into my acrimonious divorce from the mid-90s. At that time, music was cathartic. It was an intense emotional release but it kept me in the past. Moving on, I wanted my next project to be hopeful, not reflective.”, Alon recalls. 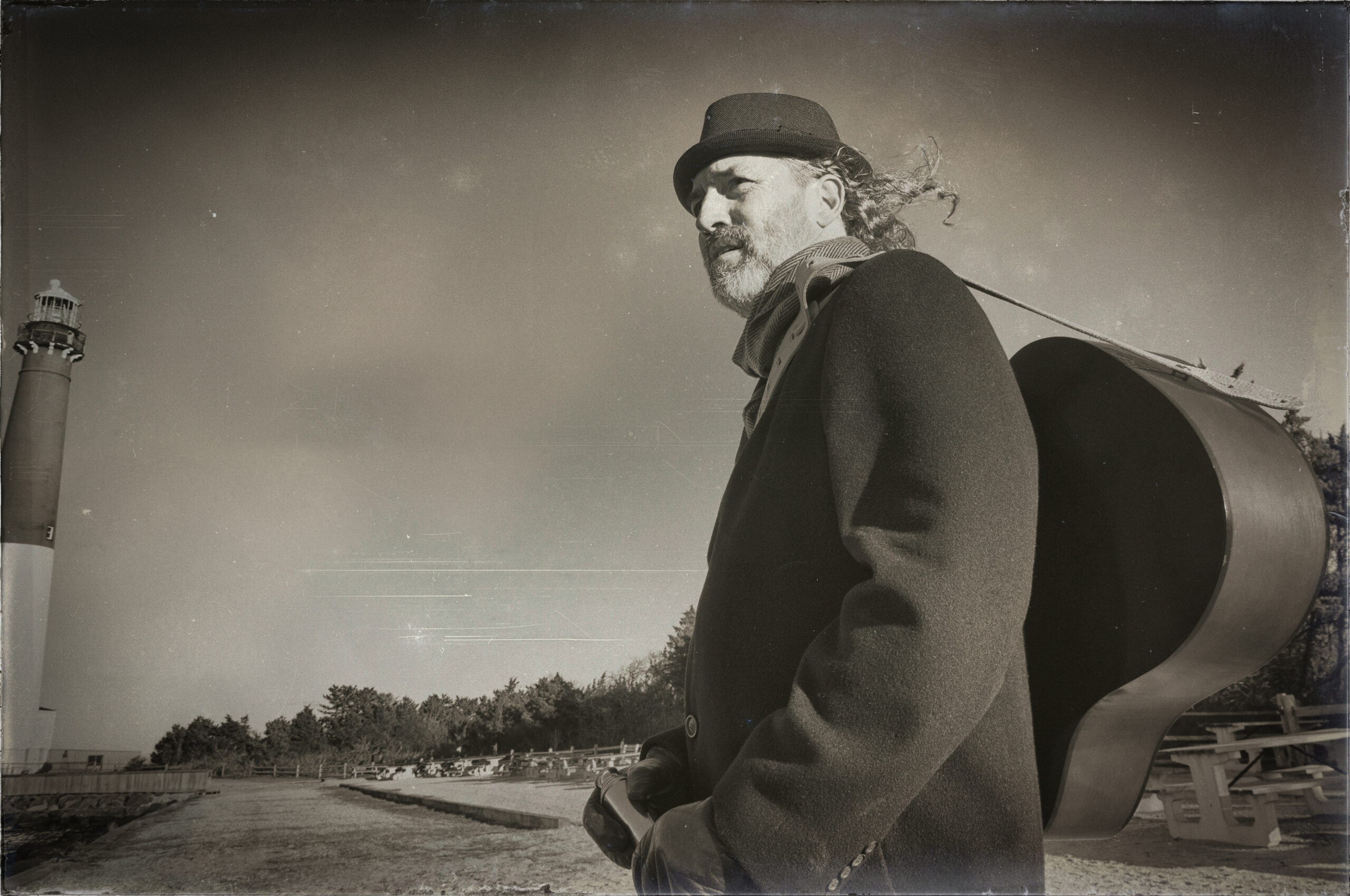 Alon aka Marc A. Gallo
(Photo by Charles Kershenblatt)

Inspired by a new relationship with his future Persian wife who served as his muse, the music from Persian Butterfly is a rebirth, a transformative experience both emotionally and spiritually. It’s in the darkest hour where he found the greatest opportunity to start anew!

He adds, “When I revisited the EP, Persian Butterfly, it was driven by my desire to respond positively to our divisive political culture. Where my personal transformative experience, as originally expressed in the first EP, could be humbly republished as an expression of love, empathy and hope for our divided country in the midst of a rebirth.”

The Tools That Morph The Sounds

To create these sonic tapestries, Alon reached for his favorite gear. He utilized the D-TWO digital delays from TC Electronics and the legendary Eventide Ultra-Harmonizer for filters and harmonies. This arsenal was carefully programmed to complement his organic acoustic guitar performances. 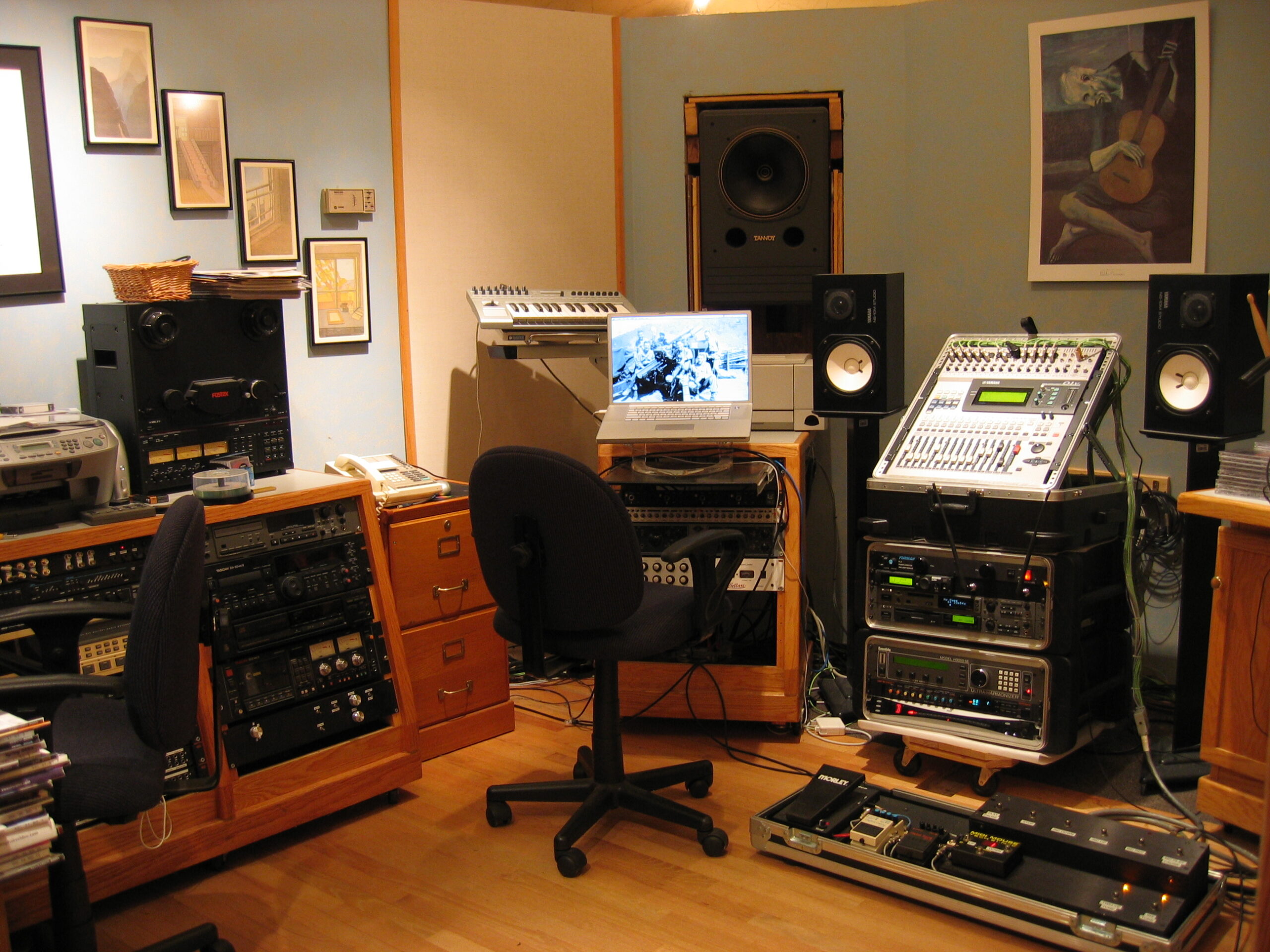 Performed with his Guild 12-string acoustic guitar and recorded by a pair of AKG 414 microphones, he sent two independent signals to each D-TWO digital delay set to different musical intervals.

The direct guitar signal was lowered in the mix to allow the delays to dominate the sonic landscape. For added texture, a flanger from the Ultra-Harmonizer which was fed by the delays created a captivating, swirling atmosphere. 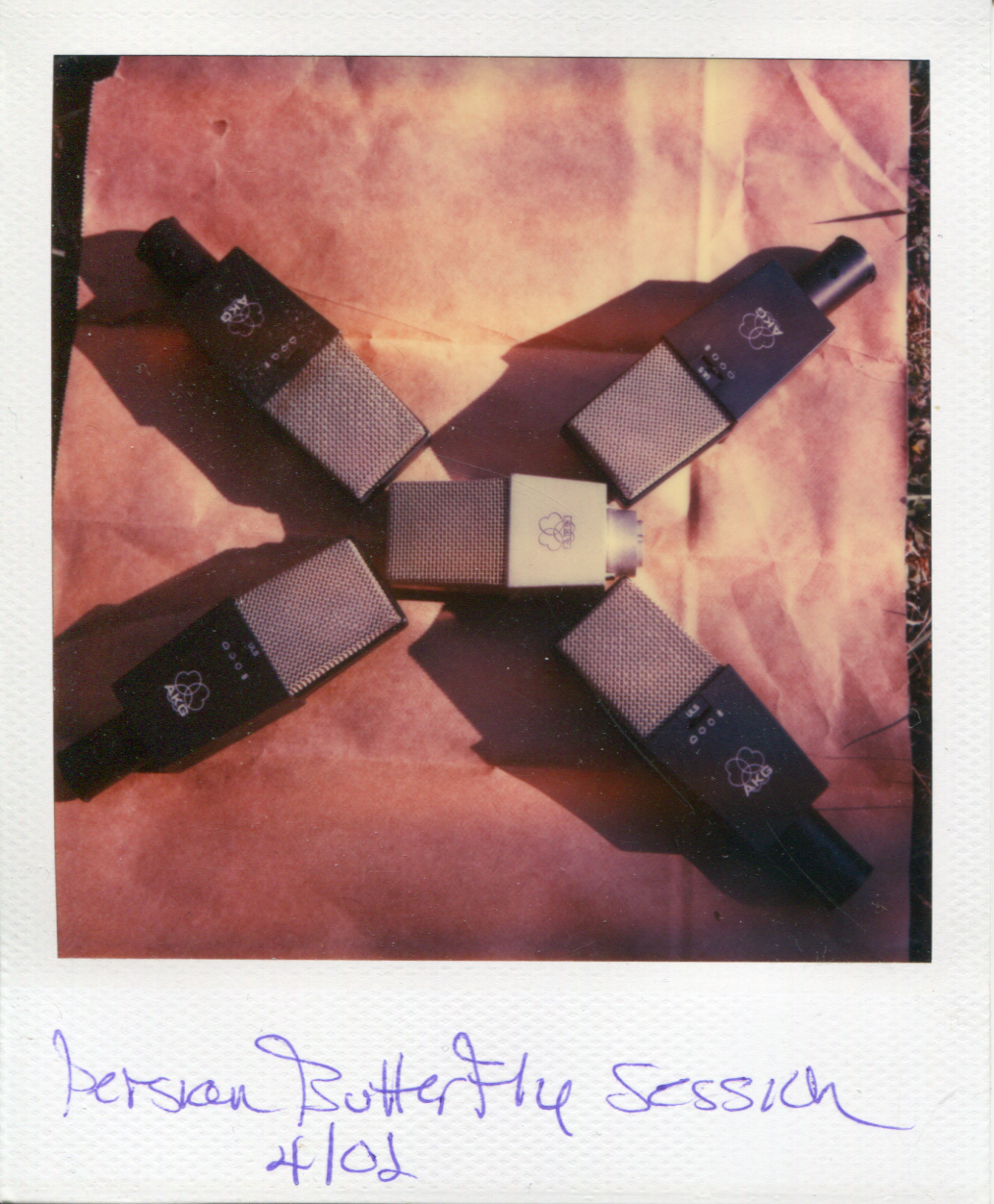 “These productions were not guided by music notation, like in classical performances,” notes Alon. “Instead, serendipity ruled the sessions. For instance, I’d experiment with different delay times until I found the right musical arrangement and then mix it to achieve the desired blend.”

Writer Dave Jones for Performing Songwriter observed, “The textures are otherworldly and often soaked in echoes and harmonics that create an impression of a guitar choir.”

The Genesis of the Alonomorphic Control Station (ACS) 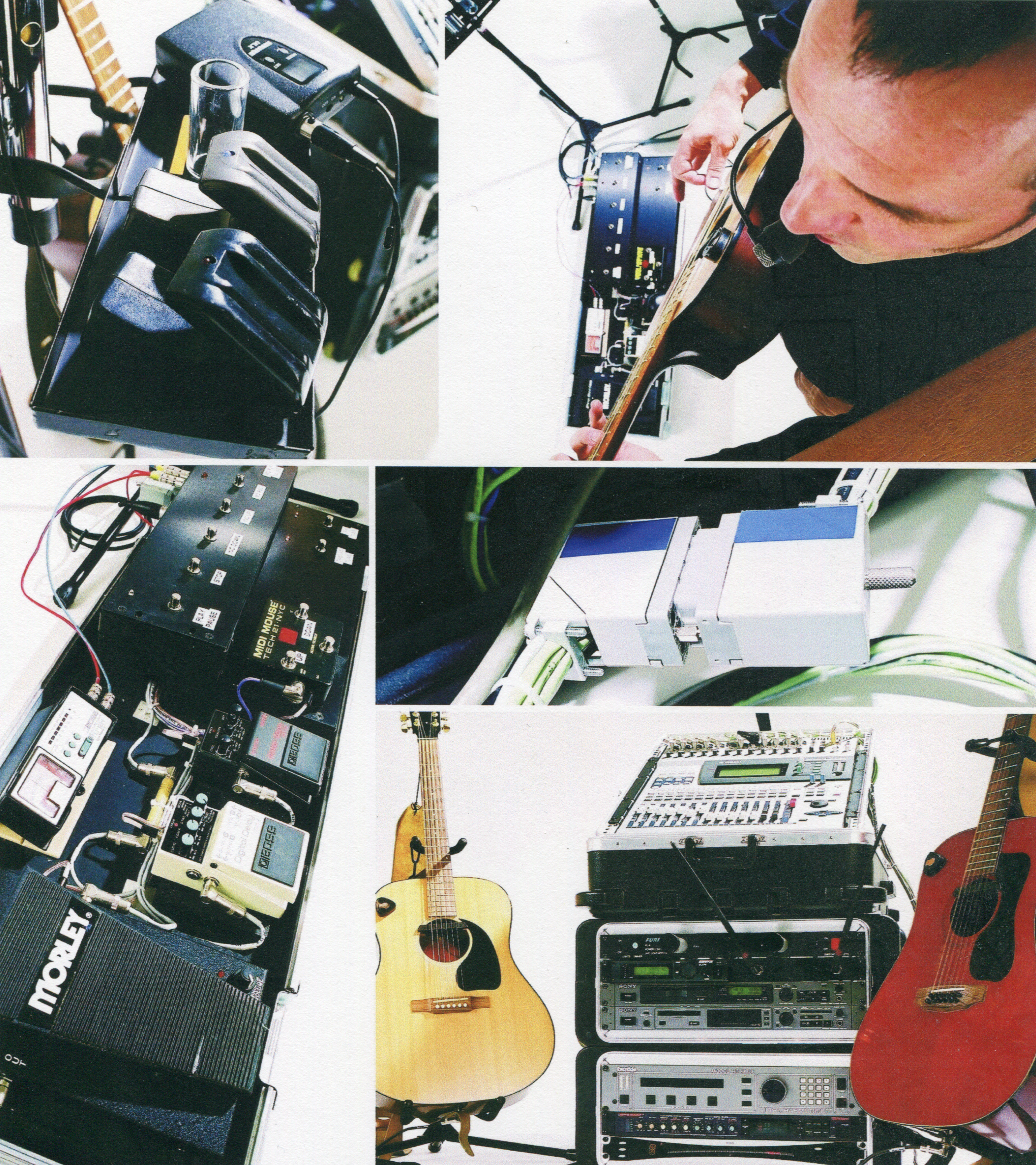 This production was the genesis of the Alonomorphic Control Station or ACS. It was designed by Alon (aka Marc A. Gallo) and Chris Gately and utilized for his studio and live performances.

The ACS, which included delays, the Eventide Ultra-Harmonizer, and an assortment of other pedals and effects, was the answer for his singular one man show in order to recreate his studio productions live.

Imagine swirling delays, cascading harmonies, screeching distortion and other mesmerizing sound effects originating from Alon’s voice and his set of acoustic guitars. His inspiring sonic presentation takes on the aura of a fully orchestrated soundtrack thanks to his proprietary, customized studio rig.

Ode to Mothers, performed live at the Tin Angel in Philadelphia, demonstrated the power of the ACS, which has the unique capability to record his live performances.

Remastered by The Mastering House in 2020 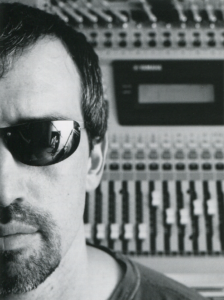 Alon with the ACS
(Photo by Jerry Bennett)

Alon began as a singer-songwriter in 2001 and has evolved into an eclectic musical artist. He invented his customized sonic rig, The Alonomorphic Control Station, and produced two other releases, Alon (Self-Titled) and The Artist Manifesto: Document 1.

He’s appeared in Performing Songwriter and Progression magazines and has been featured on the Gagliarchives Progressive Rock Radio Show. His live performances include stops at the Tin Angel in Philadelphia, Kenny’s Castaways in NYC, and the art rock festival, NEARfest in Bethlehem, PA.

Recently, Ode to Mothers, his live recording performed at the Tin Angel in Philadelphia, PA, was released on May 15, 2020 and Time Will Tell (Radio Edition) was released on June 19, 2020. Both singles were published by Great Egg Music and are available on Spotify and Apple Music.