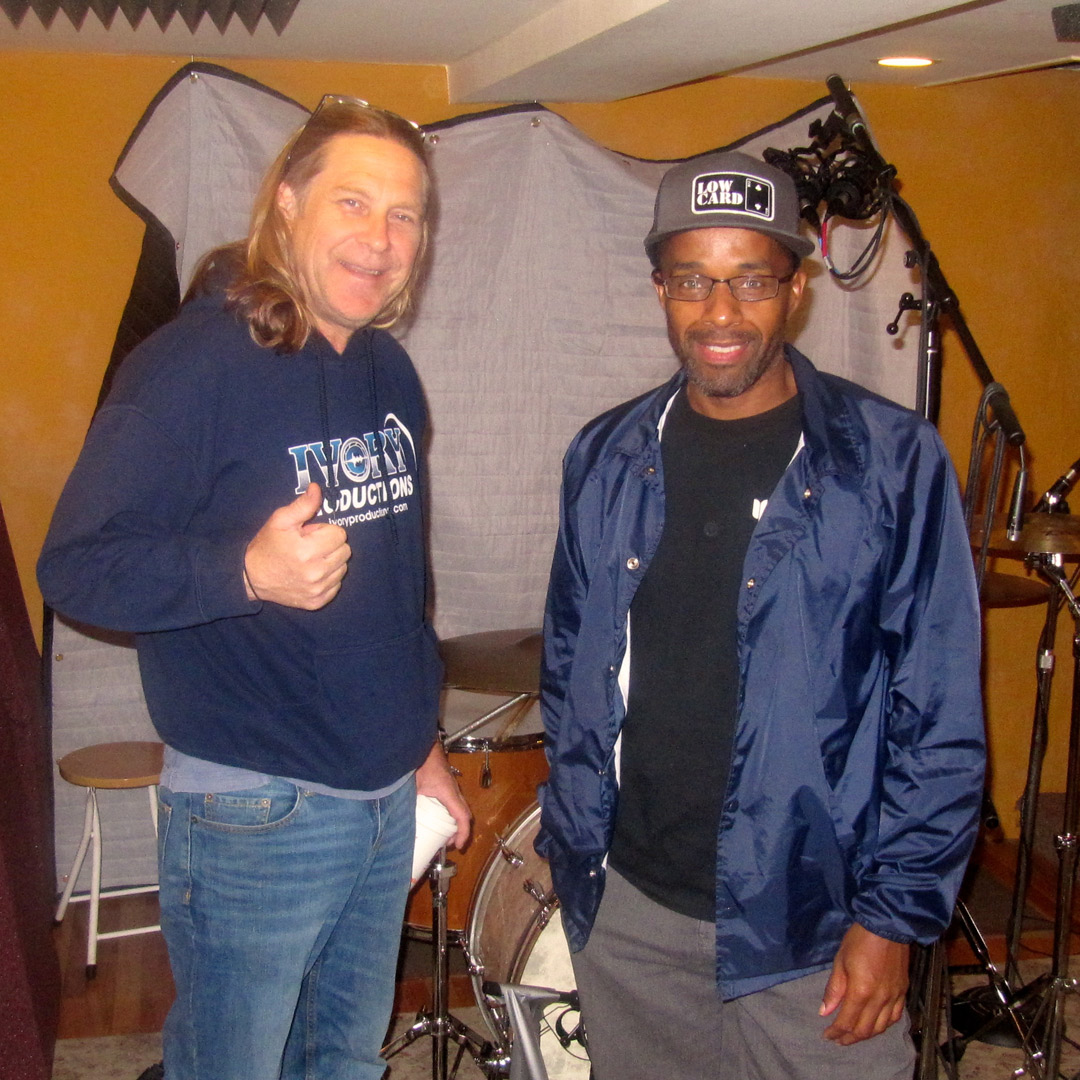 Note: This article was originally published at Mind The Gap on May 5, 2015

Chuck Treece was invited to our studio to record drums and percussion for my upcoming EP. The session ran from April 21st through the 23rd. To assist in the recording, I also invited David Ivory, Grammy nominated recording engineer, and, although not present but certainly integral to the success of this session, Chris Gately, a well-respected technical engineer, who contributed highly regarded microphones like the AKG C12 and D12 to help achieve an awesome drum sound.

My upcoming EP is under the pseudonym, Alon, which was originated in 2001. My music has been described as adventurous and eclectic. On previous releases, I’ve invited musicians and engineers from a wide variety of influences and musical disciplines. I prefer a collective effort in the recording and mixing process. With this upcoming EP, long overdue I might add, I intend to continue this approach.

Chuck Treece has over 30+ years of performing and recording experience and has worked with some notable artists such as The Roots and Urge Overkill. I was looking for an experienced drummer who was versatile in his stylistic approach and precise in his timing. True to form, Chuck elevated the performance of the basic rhythm tracks of my music with flair and finesse. 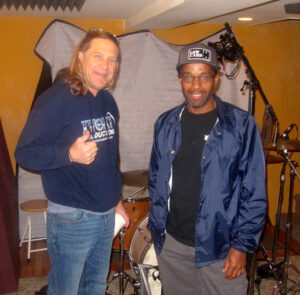 Our studio, located in the basement with a control room and recording room, has one particular challenge when recording drums: a low ceiling. Although not ideal, it does have a stairwell which leads to the first floor. One of the benefits of having a well experienced engineer like David Ivory present is his knowledge in achieving an optimum sound in a challenging environment.

After setting up the drum kit and microphones, David wanted to get a better snare sound. So since the kit was located just off the stairwell, he mounted the AKG C12 at the top of the stairs (see photo). After some heavy compression and gating, David achieved a great snare sound with depth and definition.

Although there were a few hiccups during the recording like confusing which snare we used during a specific song (if only I could find a decent intern) and the DAW getting “buggy” during a great drum take by Chuck, all in all, it went well. Now onto finalizing and consolidating all the drum takes…